Citizen’s crime livestreams are no substitute for local journalism – TechCrunch 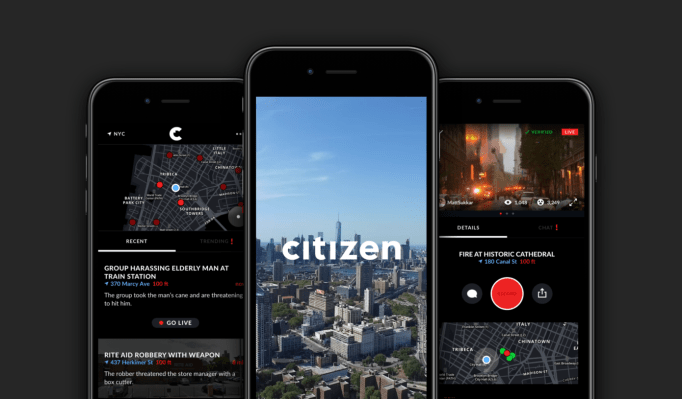 In May, the neighborhood crime-watch app Citizen offered its user base $30,000 to track down a suspected arsonist on live video, only to discover that they’d sent a mob of civilians after the wrong guy. Now, Citizen is covertly hiring journalists to livestream on the app at crime scenes for $25 per hour through third-party websites. I’m tired.

When Citizen first hit the App Store in 2016, it was called Vigilante — it marketed itself as a platform to fight injustice with transparency, which might sound good in theory, but in practice, it deliberately encouraged users to seek out crime scenes to report them. Vigilante was removed from the App Store for violating a clause in Apple’s App Developer Review Guidelines that an app shouldn’t be “likely to cause physical harm from its use.”

Surely, this would be the end for the nascent platform. But like a cockroach after an apocalypse, the app chugged on. It rebranded itself as Citizen, added disclaimers that no one should interfere with a crime scene, reentered the App Store, and continued to raise VC funding. Now, the app is like a crowd-sourced crime blotter — as its App Store page says, “Citizen may notify you of a crime in progress before the police have responded.” But this level of hypervigilance can fuel panic, rather than make people feel safe — not to mention that user-reported crime incidents might be incorrect at best, and racist at worst. The app pulls data from 911 calls, but not all information in those dispatches are verified, which can be cause for false concern.

In June, the Daily Dot reported that one specific user named “Landon” was livestreaming from multiple crime scenes in one day, attempting to interview witnesses and first responders — given how often he seemed to stumble upon these crime scenes, it seemed unlikely that he was just an enthusiastic app user. Yesterday, the New York Post reported on another user named “Chris” who livestreamed on Citizen from six emergencies in one day. Citizen confirmed that both Landon and Chris were working for the app as members of its Street Team.

“Citizen has teams in place in some of the cities where the app is available to demonstrate how the platform works, and to model responsible broadcasting practices in situations when events are unfolding in real time. We believe these teams will ultimately help guide our users on how to broadcast in an effective, helpful and safe way,” a Citizen spokesperson told TechCrunch.

Citizen has had Street Teams since the app’s launch; a spokesperson said that they’ve never tried to hide this. But these jobs are not listed on the Citizen website. Instead, they’re listed by a third-party recruiter called Flyover Entertainment on the JournalismJobs board without mention of Citizen. An NYU Journalism website shared a similar listing, which did include the Citizen name. Citizen confirmed to TechCrunch that both of these listings are for the app’s Street Team. Citizen pays $250 per day for a 10-hour shift in LA, and $200 per day for an 8-hour shift in NYC, which comes out to $25 per hour.

“Broadcast journalists have experience in broadcasting safely and responsibly. This is a requisite for our Street Team members,” said the Citizen spokesperson. When asked why these jobs were posted on third-party job boards, but not Citizen’s own website, the spokesperson reiterated that it was because Citizen specifically wanted to find journalists. However, it could presumably also find journalists on its own website.

Surveillance state vigilantism concerns aside, local news is dying, and Citizen is not built to be a substitute for neighborhood journalism. Sure, local newspapers report on crime too, and it’s not as though Citizen is doing something unprecedented by sending reporters to scope out crime scenes. But there’s a difference between reporting news and livestreaming from a crime scene on a surveillance app that only discloses who is a paid worker and who is an average civilian when directly asked. For an app that is modeled on “increasing transparency,” these covert job postings don’t feel so transparent. Plus, for an infrequent freelance gig with no benefits or paid time off that requires established broadcasting skills, $25 per hour is a pretty bad rate.

Now, Citizen’s latest attempt at growth is a paid service for $19.99 per month called Protect, which lets users send their location and a livestream from their camera to a Protect Agent. Citizen says its Protect Agents include former law enforcement officers and 911 operators, who can send an “instant emergency response” in case of emergency. This sort of seems like paying to get a personal 911 operator, which, again, feels like a poor alternative to policing, an already poor system.

Maybe Silicon Valley-bred tech companies aren’t the answer to the United States’ centuries-long crises of police brutality, racial profiling and surveillance. Maybe a better way to reduce crime is to ensure that all people have access to health care, jobs and affordable housing. Who knows!