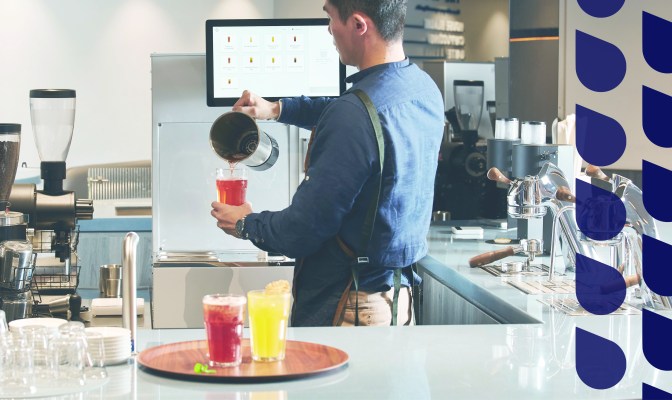 Drink making probably isn’t at the top of your list of jobs most likely to be fully automated. The past year-and-a-half have, however, brought into stark relief how large a role robotics could play in the food service industry. I’ve said it time and again on these pages, but the appeal is clear: Robots don’t get sick and they don’t spread diseases the way we human Petri dishes tend to.

There’s been no shortage of investments in the category, and today Botrista (robotic barista, get it?) joins the list with a $10 million Series A. The round was co-led by Purestone Capital and La Kaffa and featured the Sony Innovation Fund, Middleby Corporation and PIDC. It follows a $4 million seed round, bringing the startup’s funding to date to around $16 million.

The company’s premier product is the simply named Drinkbot (Botrista, it seems, is enough pun name to go around). The latest version of the robotic drink mixing system features a refrigerated base with up to eight ingredients, a touchscreen control panel and 14 separate nozzles for dispensing the mixed beverages. The entire process runs around 20 seconds.

Founded by former Tesla engineer Sean Hsu, the company will be using the funding to expand the robot’s footprint across the U.S. on the heels of some pandemic-related transformations to the food service industry.

“In 2020, fountain drink sales were down considerably as consumers rapidly switched their drink preferences and were less likely to order fountain drinks during take-out or delivery,” Hsu said in a press release tied to the round.