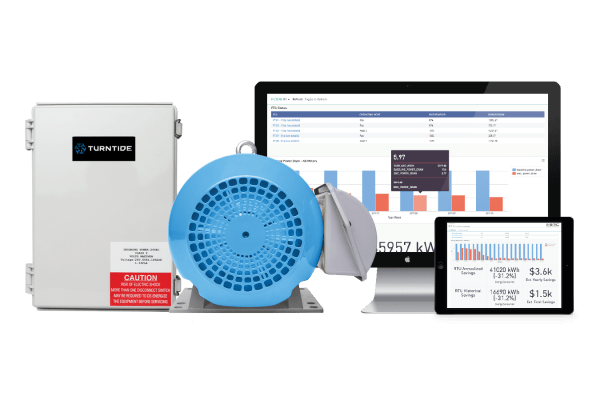 Turntide Technologies, a sustainable technology developer, has announced $225 million in convertible note financing that it says will help fund projects to reduce carbon emissions in the commercial buildings, agriculture and transportation industries.

Canadian Pension Plan Investment Board led the round, along with Monashee Capital Inc. and current investor JLL Spark. Other participating investors include Breakthrough Energy Ventures, Millennium Management and Suvretta Capital Management, bringing Turntide’s total funding to $400 million. Convertible note financing is short-term debt that will convert to equity in the form of shares of preferred stock which Turntide says will happen at a future determined valuation.

“The addition of a major national pension fund fortifies Turntide with permanent capital as we expand into new markets like electrified transport,” said Ryan Morris, Turntide’s chairman and CEO, in a statement.

Earlier this month, Turntide announced the acquisition of Hyperdrive Innovation and BorgWarner Gateshead and the subsequent launch of Turntide Transport. Using the drivetrain tech from those two U.K.-based companies, this division of Turntide is focused on modernizing legacy motor systems in the commercial transportation industry such as those found in construction equipment, high-speed rail, autonomous robots, freight trucking and shipping and air cargo. The fresh funds will also go towards Turntide Transport’s goal of creating a “one-stop powertrain platform that includes battery pack, power electronics, motor, and connected intelligence,” according to the company.

The company says its so-called “Smart Motor System” reduces energy consumption by nearly 64%, and will address the need for sustainably electrifying more challenging markets than passenger vehicles, where most of the progress has been made to date.

Turntide says it is working with brands such as JCB, Hitachi Rail and Volkswagen’s MAN division to further develop a motor that doesn’t use environmentally damaging rare earth materials, and that can achieve net zero climate goals, which also makes it cheaper to produce.

The $225 million will also finance the development of a cloud-based software platform that the company expects to be released this year. The platform will integrate the Smart Motor System into different built environments and electric vehicles in a way that’s user friendly.

“Turntide’s technology combines a redesigned electric motor wrapped in intelligent automation with cloud connectivity to dramatically improve the efficiency of building controls, electric vehicles, and agriculture,” Morris told TechCrunch. “Today, half of the world’s energy is used by electric motors and nearly half of that energy consumption is being wasted due to inefficiency and lack of intelligent controls.”

Here’s why gravity pulls us down and not up